Editor's note: The Chinese film market suffered greatly in 2022 due to several waves of COVID-19 that affected a significant number of cinemas. However, at times when the pandemic eased, some blockbusters, such as "Battle at Lake Changjin II," "Moon Man," and "Lighting Up The Stars," were able to warm up the market. Unfortunately, it wasn't enough, with China's 2022 box office gross takings of around 30 billion yuan ($4.35 billion) falling well below the previous year's 47 billion yuan.
A big problem was that the market severely lacked movies to screen for days, weeks, and even months at a time, as movie studios and distributors stood by and watched amid the pandemic, delaying and hesitating tentpole film releases due to ongoing uncertainties and a fear of losing money. There was also frequent marketing chaos, with many studios having very little time to promote their films before they hit theaters and others withdrawing from the market abruptly altogether due to various reasons.
In addition, foreign films, especially Hollywood blockbusters, were either absent or failed in the Chinese market due to numerous factors, including the ongoing pandemic, controversial material, negative reviews, uneven streaming arrangements, and production and release delays.
Despite those complications, the worst days seem to be over as we enter 2023, with the country loosening restrictions for cinemas. In a boon, "Avatar: The Way of Water" was imported into the Chinese market, which has so far contributed more than $100 million to its worldwide box office total. Chinese filmmakers and executives now look to the next year to restore the confidence and content supply. Here, China.org.cn looks back at the 10 Chinese films to be remembered in 2022 amid a backdrop of many hardships.
10. "Detective vs. Sleuths" 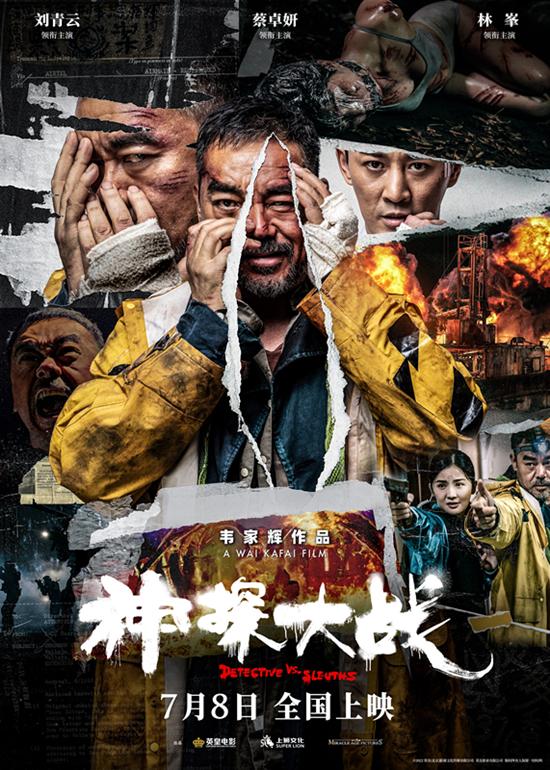 After his 2007 cult classic "Mad Detective," veteran Hong Kong actor Sean Lau once again played a crazy cop in director Wai Ka-Fai's latest crime thriller effort "Detective vs. Sleuths." Lau plays the protagonist Jun Lee, a former detective who has a supernatural gift that allows him to see haunting and horrifying illusions that predict the future. Racing against time, he and a pregnant police detective attempt to hunt down a serial killer while having to fight off a group of terrorist-style vigilantes. While Lau's multi-layered performance amazed audiences, the entertaining plot was also full of suspense, large action set pieces, gun fights, and delved into deeper, more thought-provoking humanistic themes. As such, this classic-style Hong Kong film truly showcased the charm of Hong Kong cinema and was well-received in the mainland, grossing 712 million yuan.

All Noah Baumbach Movies (Including White Noise) Ranked, from Worst to Best – High On Films