Explore and connect the world through a cinematic lens
Discover the top Taiwanese movies of 2022 across genres like horror, romance, history, puppetry, comedy, and more—streaming links included when available. 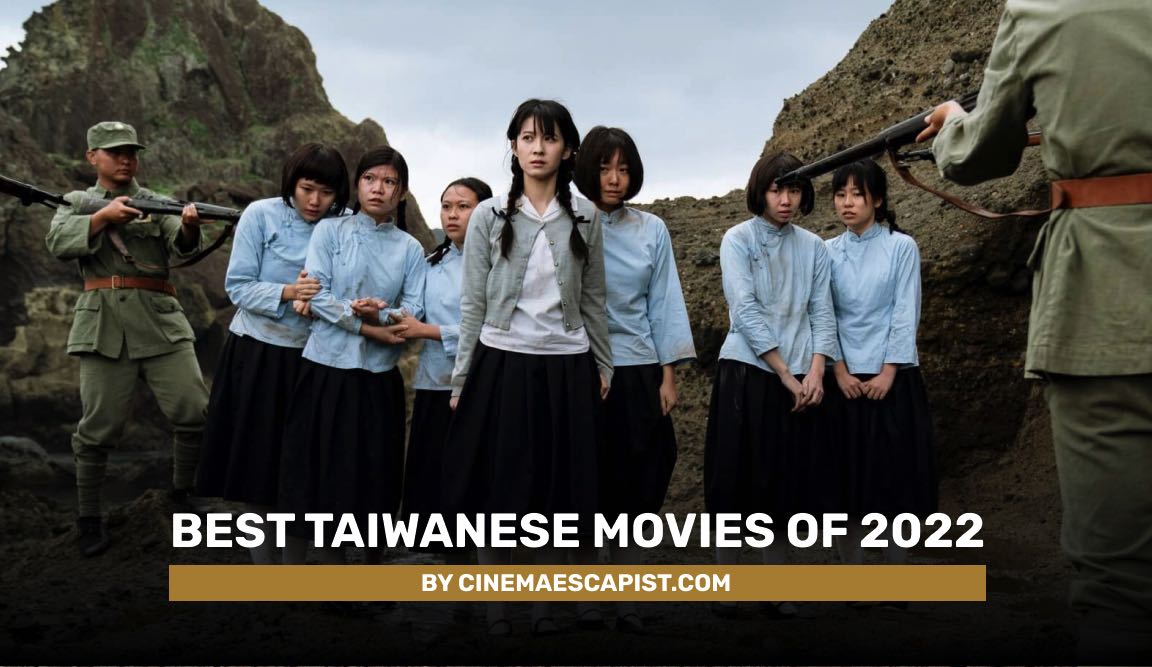 From global streaming genre hits to groundbreaking political stories, Taiwanese cinema continued forth throughout 2022.
So what were the Best Taiwanese Movies of 2022?
In a continued collaboration, the editors of New Bloom and Cinema Escapist have come up with this list of 2022’s top 10 Taiwanese films. Our list includes both blockbuster and indie films across genres like romance, comedy, and even puppetry. Narrative innovation, production quality, and sociopolitical significance, were our selection criteria for these 10 Taiwanese movies. When available, we’ve also included streaming links on platforms like Netflix.
Let’s take a look through 2022’s best Taiwanese films!
•  •  • 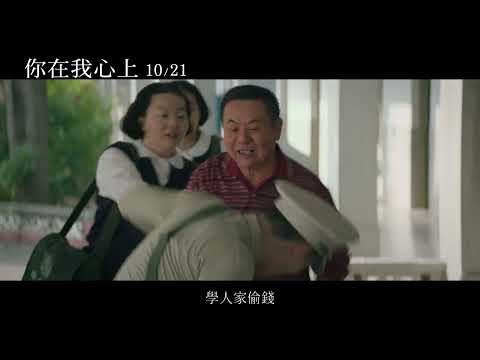 Chinese Title: 我吃了那男孩一整年的早餐 | Director: Du Zheng-zhe | Starring: Eric Chou, Moon Lee, Edison Song, Jean Ho, Patty Lee | Genre: Romance, School Romance
Based on a popular online post on the forum DCard, which purported to be a true story, My Best Friend’s Breakfast proves one of the most popular Taiwanese high school romances in recent memory. The movie focuses on the love quadrangle between the eccentric Wei-xin and her attractive best friend Qi-ran, as well as two boys, the guitarist Yuan-shou and swim star You-quan.
The film’s appeal comes from its whimsical depiction of teenage adolescence, with Wei-xin’s overactive imagination taking center stage in the narrative. As she ponders her relationships with her best friend and love interests, she also reflects on her future as an adult, seeing various visions of her future self.
Learn more about this Taiwanese movie in our full-length review 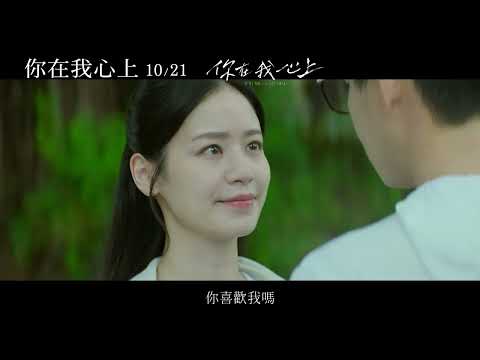 Chinese Title: 你在我心上 | Director: Lin Jin-he | Starring: Zhang Ting-hu, Sonia Yuan Zi-yun, Tsai Cheng-nan | Genre: Romance, History
During Taiwan’s martial law period until 1987, the ruling Nationalist Party infamously forbade students from speaking dialects besides Mandarin in schools. You Are On My Mind crafts a decades-spanning romance atop this historical reality.
In the movie, Sonia Yuan Zi-yun (who gained renown for her supporting role in Drive My Car) plays a high school student named Chiu Su-fen who’s selected to promote the usage of Mandarin in her class. She often has friction with another student named Tsai Zhi-chang, a top scorer in math who often uses the Taiwanese dialect. However, the two end up developing feelings for each other, and the movie traces how this evolves across almost 20 years thereafter. 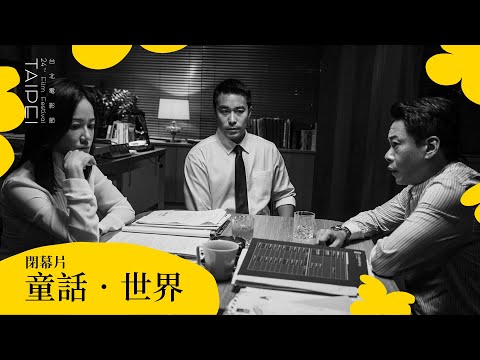 Chinese Title: 童話·世界 | Director: Freddy Tang Fu-jui | Starring: Joseph Chang, Cammy Chiang, Lee Kang-sheng | Genre: Legal, Drama, Romance
Fantasy·World stars Joseph Chang (from The Victim’s Game and more) as an ambitious lawyer named Zhang Zheng-xu who realizes that a senior cram school instructor he once helped exonerate (played by Lee Kang-sheng, best known for his collaborations with Tsai Ming-liang) has again been accused of sexual assault against students. Determined to seek both atonement and revenge on behalf of a past lover, Zhang embarks on a new crusade for justice.
Director Tang Fu-jui worked as a lawyer before directing Fantasy·World, and the movie dives deep into the notion of justice. While not as chilling and artistic as Nina Wu, Fantasy·World was also inspired by the #MeToo movement. This socially conscious movie garnered a bevy of nominations at the 2022 Taipei Film Festival and was the festival’s closing film. 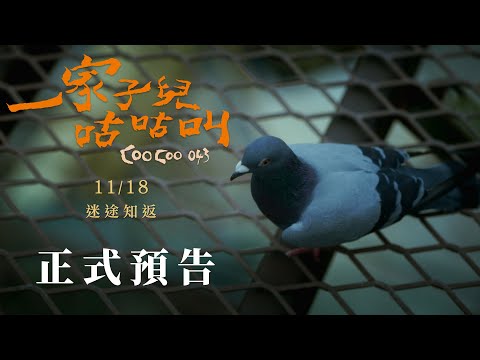 Chinese Title: 一家子兒咕咕叫 | Director: Ching-lin Chan | Starring: An-Shun Yu, Li-Yin Yang, Rimong Ihwar, Jhih-Ciang Hu | Genre: Drama
Although its chances of international marketability were likely sunk by its strange title, Coo-Coo 043 follows the lives of a working-class Taiwanese family whose patriarch, Ching, is addicted to pigeon racing (which has historically been a popular gambling sport in Taiwan). The reappearance of a prized pigeon that disappeared seven years ago, the titular “043”, prompts reflection in Ching and his family about their course in life, haunted as they are by the disappearance of their son around the same time that “043” disappeared.
In particular, Coo-Coo 043 stands out for its attempts to show the lives of destitute rural working class people. Apart from showing the lives of the people involved in pigeon races, including organized crime elements, its protagonists work in socially disreputable jobs, and embody the “taike” stereotype of benshengren Taiwanese. While slightly overwrought, the movie aims for social realism. 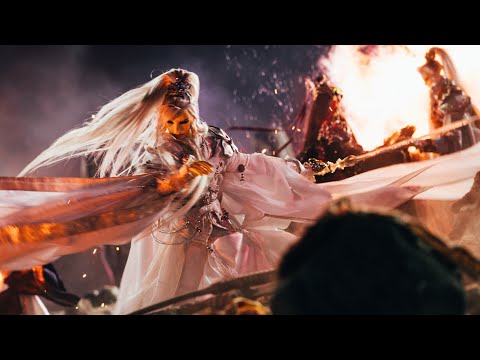 Chinese Title: 素還真 | Director: Chris Huang | Genre: Puppetry, Martial Arts, Fantasy
Taiwan’s distinctive Pili glove puppets have received increased international exposure in recent years–particularly in the wake of the Gen Urobuchi-scripted Japan-Taiwan co-production, Thunderbolt Fantasy. Demigod: The Legend Begins is an attempt to win the classic Taiwanese wuxia martial arts television franchise new viewership by retelling the story of one of its most famous characters, Su Huan-jen.
The film tells Su’s origin story. Though the storyline is fairly standard in terms of wuxia narratives, as with other Pili glove puppet shows, it stands out for its technical wizardry in mixing CGI, pyrotechnics, and puppetry. The movie serves as an effective introduction to Pili puppetry for newcomers in modernized form, while showcasing the spectacular visuals that have impressed multiple generations in Taiwan.
Learn more about Demigod: The Legend Begins in our complete review 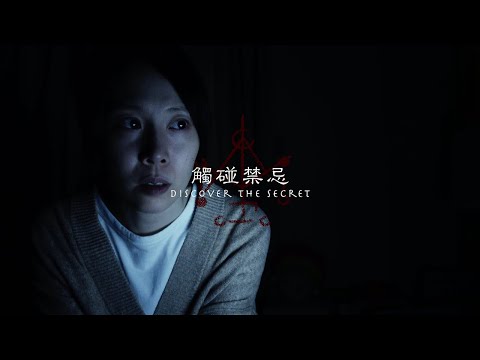 Chinese Title: 咒 | Director: Kevin Ko | Starring: Hsuan-yen Tsai, Sin-Ting Huang, Ying-Hsuan Kao, Sean Lin | Genre: Horror
Acclaimed as one of the most effective Taiwanese horrors in recent memory, Incantation follows young mother Ruo-nan and her daughter Duo-duo. Incantation’s distributors tout the film as the highest-grossing Taiwanese horror film of all time.
After Ruo-nan and her boyfriend make a YouTube video of a forbidden religious ceremony, the young family becomes cursed. Subsequently, the family struggles with the consequences of the curse, with Duo-duo showing signs of possession, and inexplicably seeing things. The most distinctive aspect of the film may be its metafictional element, however. This was so inspiring of terror that a quick look at Chinese-language online reviews of the film shows many audience members who have, in fact, come to believe that they were cursed after watching the film–or at least claim that online for kicks.
Learn more about Incantation our full-length review
Stream this Taiwanese movie on Netflix 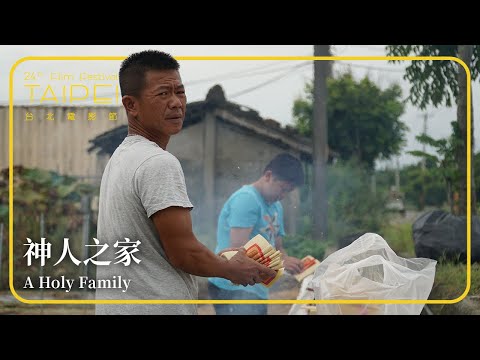 Chinese Title: 神人之家 | Director: Elvis Lu | Genre: Documentary
A Holy Family, a narrative documentary, focuses on filmmaker Elvis Lu’s attempts to reconnect with his estranged family. The family is poor–Lu’s older brother, a farmer, has faced continual failed harvests and the Lu family patriarch is addicted to gambling, having squandered the family fortune.
The title of the film comes from how the family frequently consults the gods about their future, with Lu’s older brother also working as a spiritual medium. Consequently, the movie probes not only the complexities of Lu’s family dynamics, but the nature of belief. The documentary begins with Lu taking a fly-on-the-wall perspective, though as Lu’s relationship with his family changes, so too does the nature of his filmmaking. 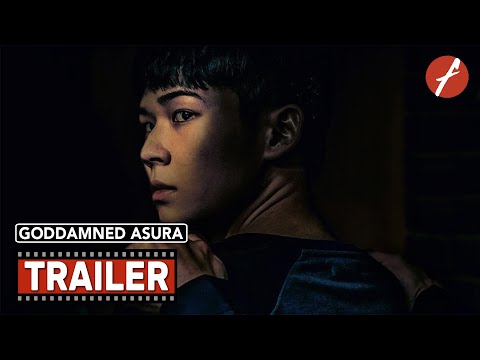 Chinese Title: 該死的阿修羅 | Director: Lou Yi-an | Starring: Joseph Huang, Morning Mo, Peijia Huang | Genre: Crime, Drama
Although Goddamned Asura had a festival release in late 2021, it didn’t get a theatrical wide release in Taiwan until 2022—which is why it’s on this year’s list of best Taiwanese movies, and not 2021’s. The film is yet another member of a recent trend in Taiwanese media featuring stories about young people committing violent public crimes, in the wake of certain incidents in the mid-2010s.
Goddamned Asura weaves together the lives of six young people living in Taipei who eventually end up connecting through acts of violence. The film takes place in three distinct acts, and explores the effect that small decisions can have on fate. Saying more would give key elements of Goddamned Asura away, but the movie is immensely powerful in its exploration of duality, which it carries forth in both narrative and artistry. We get to explore the dichotomies of victim versus perpetrator, night versus day, online versus offline, asuras versus gods, and so forth. 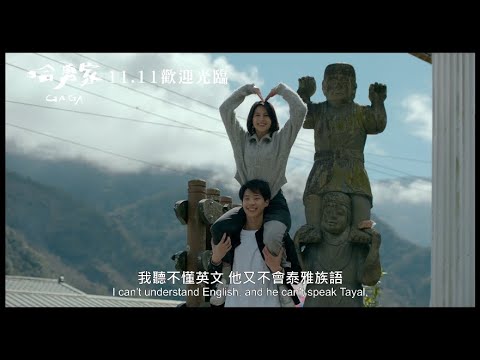 Chinese Title: 哈勇家 | Director: Laha Mebow | Starring: Andy Huang, Esther Huang, Wilang Noming, Kagaw Piling | Genre: Family, Comedy, Drama
Laha Mebow is perhaps Taiwan’s most renowned indigenous director. In 2022, she returned with Gaga, her first feature in six years following her success with 2016’s Hang in There, Kids! (Lokah Laqi).
Gaga traces three generations of the Hayung family, who belong to the Atayal tribe. When their grandfather patriarch—who maintained the family’s traditional practices—passes away, the Hayung’s begin to disintegrate. To make matters worse, a granddaughter returns from New Zealand with an unexpected pregnancy, while her father and the family’s eldest son decides to run for township head.
The film’s title “gaga” is an Atayal word that refers to the tribe’s traditional practices and beliefs. In an interview, Mebow stated that she wanted Gaga to explore the very real practicalities of maintaining traditions that indigenous Taiwanese face today. Thus, Gaga offers refreshingly specific Taiwanese indigenous take on a rather universal theme of modernity v. tradition, and poses intriguing questions given the role that indigenous culture has played in Taiwan’s post-democratization nation-building. 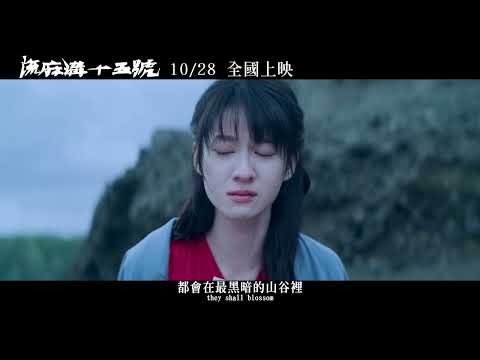 Chinese Title: 流麻溝十 五號 | Director: Zero Chou | Starring: Pei-Jen Yu, Yu-Han Lien, Herb Hsu, Tau Hsu | Genre: Historical, Drama
Untold Herstory is the most politically significant—and polarizing—Taiwanese movie of 2022. Adapted from a book called Bonfire Island: Untold Herstory (literally translated as Bonfire Island: Liumagou No. 15), the film centers on the experiences of three female prisoners on the Green Island prison during the 1950’s, when Taiwan was under “White Terror” martial law.
While Untold Herstory isn’t the first movie about Taiwan’s White Terror era, it is novel on several fronts. First, it delicately balances the conveyance of meticulous historical detail (ex. authentic regional accents) with an unvarnished desire to reach broad audiences. There’s soaring music, anecdotes lifted straight from Green Island’s White Terror Memorial Park (ex. prisoners smiling in photos before execution), and a set of composite protagonists who conveniently represent a spectrum of women imprisoned on Green Island. Second, the film offers an unabashedly woman-centered perspective, and from one of Taiwan’s most prominent female directors (Zero Chou) at that.
Furthermore, when Untold Herstory premiered in Taiwanese theaters during October 2022, it created quite a buzz. Not only did the film touch upon sensitive political topics, but it also was produced by Pasuya Yao Wenzhi—a former legislator from the independence-leaning Democratic Progressive Party. After losing the 2018 Taipei City mayoral election, Yao founded the production company thuànn Taiwan and went into filmmaking, supposedly leveraging his political connections to help finance Untold Herstory and, to cynics, attempting to extend his relevance through the entertainment sphere.
Regardless of your political leanings though, Untold Herstory represents a fresh contribution to the ongoing discourse around Taiwanese national identity. Perhaps its commercialized nature will earn it more international distribution, and help both Taiwanese and non-Taiwanese audiences to learn more about Taiwan’s history.
Learn more about Untold Herstory in this full-length review.
•  •  •
Want to find more good Taiwanese movies? Check out our lists of 2020 and 2021’s best Taiwanese films.
Want more? Join our 30K+ followers on Facebook and Twitter.

Steven Spielberg: ‘The Dark Knight’ Should Have Been First Blockbuster Nominated for Best Picture – IndieWire